I just now realized how incredibly behind I am with posting on here. I will do my best to catch up on reviews here this evening-no promises on how much detail I'll remember though


- Posted using BlogPress from my iPhone

Posted by diamondgirl at 5:02 PM No comments: 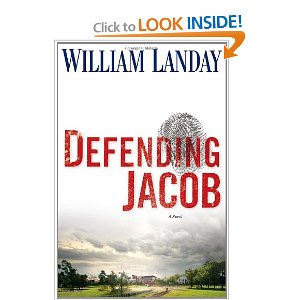 Andy Barber has been an assistant district attorney in his suburban Massachusetts county for more than twenty years. He is respected in his community, tenacious in the courtroom, and happy at home with his wife, Laurie, and son, Jacob. But when a shocking crime shatters their New England town, Andy is blindsided by what happens next: His fourteen-year-old son is charged with the murder of a fellow student. Every parental instinct Andy has rallies to protect his boy. Jacob insists that he is innocent, and Andy believes him. Andy must. He’s his father. But as damning facts and shocking revelations surface, as a marriage threatens to crumble and the trial intensifies, as the crisis reveals how little a father knows about his son, Andy will face a trial of his own—between loyalty and justice, between truth and allegation, between a past he’s tried to bury and a future he cannot conceive.

Holy crap! This book was awesome. Two big huge monstrous twists at the end that had me yelling out loud. Must read.

5 stars
Posted by diamondgirl at 10:27 AM No comments: 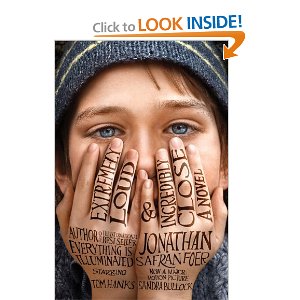 Nine-year-old Oskar Schell has embarked on an urgent, secret mission that will take him through the five boroughs of New York. His goal is to find the lock that matches a mysterious key that belonged to his father, who died in the World Trade Center on the morning of September 11. This seemingly impossible task will bring Oskar into contact with survivors of all sorts on an exhilarating, affecting, often hilarious, and ultimately healing journey.

I'm not a big fan of books that try to use real life tragedies to make their fiction outstanding. With that being said, this is one of the best books I have read in a long time. Oskar broke me heart, the people he met were interesting and it brought me to tears, which is no small feat; I'm not a crier. Absolutely amazing.

5 stars
Posted by diamondgirl at 8:25 PM No comments:

The Road Out of Hell: Sanford Clark and the True Story of the Wineville Murders by Anthony Flacco 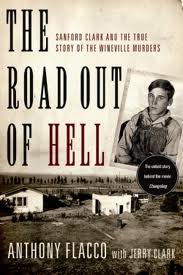 From 1926 to 1928, Gordon Stewart Northcott committed at least twenty murders on a chicken ranch outside of Los Angeles. His nephew, Sanford Clark, was held captive there from the age of 13 to 15, and was the sole surviving victim of the killing spree. Here, acclaimed crime writer Anthony Flacco-using never-before-heard information from Sanford’s son Jerry Clark-tells the real story behind the case that riveted the nation. Forced by Northcott to take part in the murders, Sanford carried tremendous guilt all his life. Yet, despite his youth and the trauma, he helped gain some justice for the dead and their families by testifying at Northcott’s trial–which led to his conviction and execution. It was a shocking story, but perhaps the most shocking part of all is the extraordinarily ordinary life Clark went on to live as a decorated WWII vet, a devoted husband of 55 years, a loving father, and a productive citizen. In dramatizing one of the darkest cases in American crime, Flacco constructs a riveting psychological drama about how Sanford was able to detoxify himself from the evil he’d encountered, offering the ultimately redemptive story one man’s remarkable ability to survive a nightmare and emerge intact.

This book was amazing. It reads like a novel, and the story is unbelievable, especially for its time. What Sanford went through, and came out of, is totally beyond belief. Even if you don't like true crime, this is an excellent book.

Posted by diamondgirl at 7:14 PM No comments:

Email ThisBlogThis!Share to TwitterShare to FacebookShare to Pinterest
Labels: 2012, 4 stars, Anthony Flacco, The Road Out of Hell:Sanford Brown and the True Story of the Wineville Murders

The Hunger Games by Suzanne Collins

Set in the future, 2 children from each of the 12 Districts of Panem must compete in the yearly Hunger Games. Katniss Everdeen is sent from District 12, along with Peeta Mallarky, a boy who made a small gesture of kindness to her when they were kids that she still feels the need to repay. They at led by their mentor and former winner of the Hunger Games, Haymitch, along with an entourage of stylists. But all the preparation in the world could not prepare them for what they are about to encounter. A cruel game, designed by the Capitol, as a punishment for their uprising years ago, in which all 24 players are dropped into an arena of unknown circumstances and climate and are forced to fight to the death. Will Katniss and Peeta survive, should they align their forces, and what else keeps pulling them together? I was shocked that this was a YA book. It is brutal, but fascinating. Toward the end I was rooting out loud for people. Very fascinating, but unlike most people I know that read it, not fascinating enough to keep me up all night. I think I would have enjoyed more scenes with how Haymitch and Katniss' stylist Cinna and their reactions to what was playing out in the arena. That's my only complaint though. 4 stars - Posted using BlogPress from my iPhone

Posted by diamondgirl at 11:03 AM No comments:

Tis the season to read about some freaky and disturbing people! This is a collection of the most notorious, although in some cases obscure to me, serial killers and mass murderers. People like Jeffrey Dahmer, the Zodiac, The Night Stalker, and over a dozen more. All of them were interesting. The only one that freaked me out was The Night Stalker. My only problem was for every person profiled, I had to read about what a horrible childhood they had. Not everyone that has a horrible childhood turns into a monster and vice versa. Some people are just plain evil.

4 stars
Posted by diamondgirl at 8:32 PM No comments:

The Lottery and Other Stories by Shirley Jackson 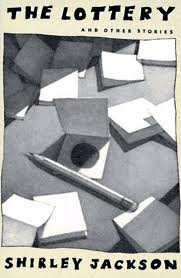 The Lottery , one of the most terrifying stories written in this century, created a sensation when it was first published in The New Yorker . "Powerful and haunting," and "nights of unrest" were typical reader responses. This collection, the only one to appear during Shirley Jackson's lifetime, unites "The Lottery:" with twenty-four equally unusual stories. Together they demonstrate Jackson's remarkable range--from the hilarious to the truly horrible--and power as a storyteller.

I bought this just so I could read The Lottery. I wasn't too impressed by it. The story that really bothered me was The Daemon Lover. It was really sad to me. I had a hard time getting with the writing, and most of the stories I just didn't see the point of. I guess this is meant for someone far more intelligent than I, because after finishing most of them I thought "What?"

2 stars
Posted by diamondgirl at 3:25 PM No comments: